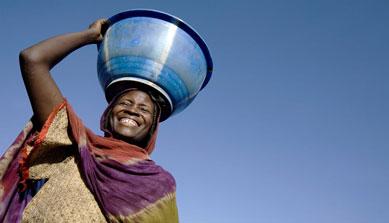 Nairobi – Experts want gender to feature strongly in the final text of the post-2015 framework for disaster risk reduction, due to adopted at the looming Third UN World Conference on Disaster Risk Reduction.

“The role of gender is very important in a disaster situation. Research has consistently shown that disasters are not gender-neutral and will impact different groups or individuals differently based on their gender,” said Kevin Blanchard, director of the advocacy group DRR Dynamics.

“I’d like to see commitments from member states for an overall reduction in mortality but with a specific and targeted focus on the gendered issues associated with mortality rates,” Blanchard said.

On average, women are more likely to be killed during a disaster, often due to lower socio-economic standing within many societies, according to research carried out by the London School of Economics in 2007, Blanchard underlined.

“It has also been found that the roles and jobs women and girls undertake in many developing nations often lead to higher injuries and deaths,” he added.

“Women and girls within certain countries are more likely to be indoors at home, so when an earthquake or tsunami strikes, they have less forms of escape than men who might be outside and able to receive warning messages, climb to higher ground or seek shelter in a safer location.”

According to estimates, 70 % of those killed in the 2004 Indian Ocean Tsunami were women.

Research indicates that compared to men, women in some regions may lack lifesaving skills such as swimming and climbing due to cultural constraints. They may also not know how to react to early warnings. Thus communication needs tailoring to meet the different needs of girls, boys, men and women to enable them to be better prepared before, during and after disasters.

Emergency planners and disaster risk reduction practitioners are focusing increasingly on the role of gender in disasters. However, this remains a challenge especially in in Sub-Saharan Africa. The limited incorporation of expertise from women working in disaster risk reduction at the grassroots level and their lack of visibility for partnerships with other stakeholders is also a problem.

Regina Pritchett of the Huairou Commission, which developments partnerships among grassroots women’s organizations, explained: “In context, where communities are required to lead their own resilience building, recovery and reconstruction process, the face of those efforts is largely poor women living in slums and rural areas.

“What this means is that those who are the worst affected are also the ones who are largely leading mitigation efforts [but] we don't often see women named as major contributors in this area. This is important because if you can't see someone, you certainly can't partner with them.”