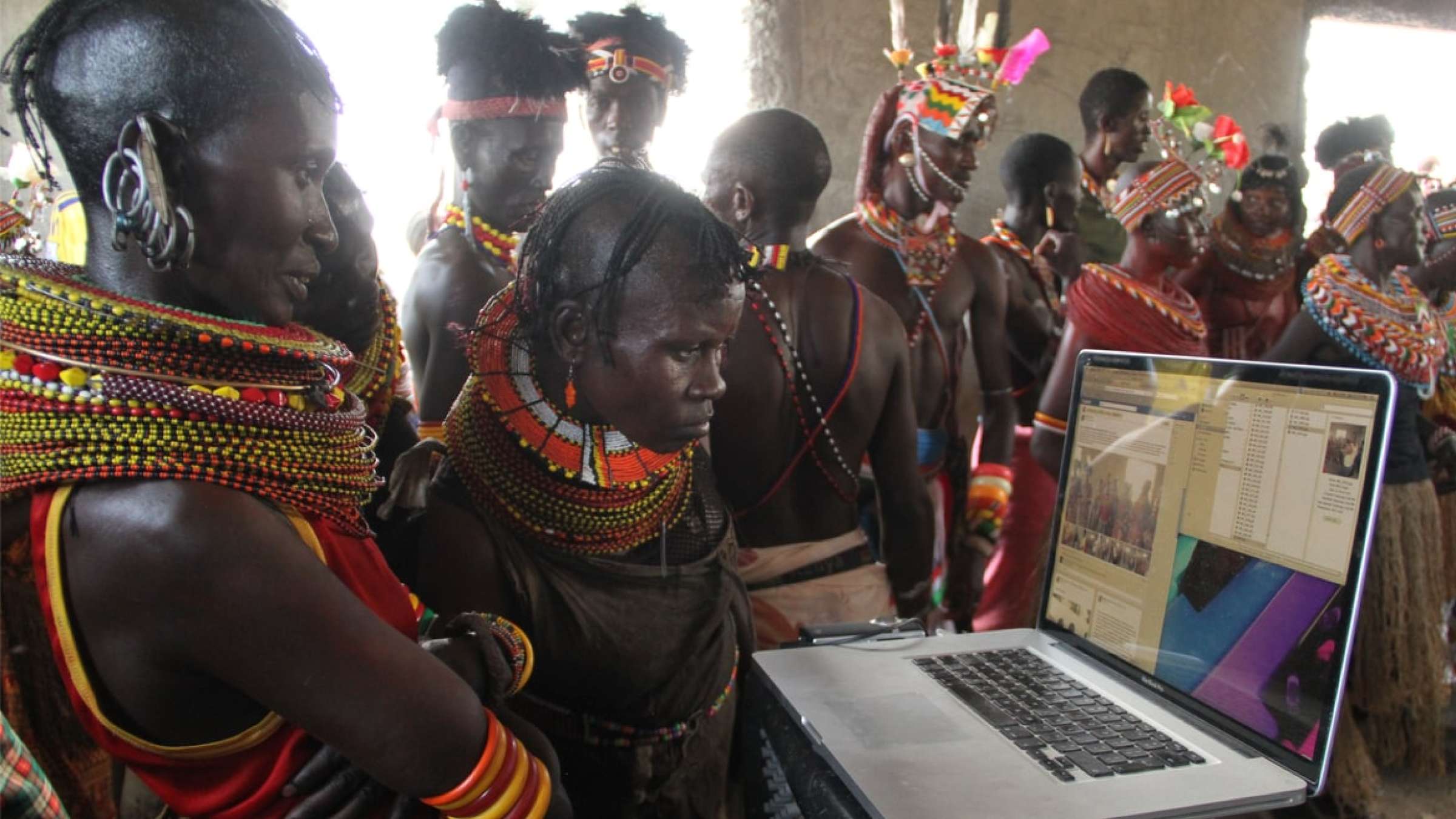 Young volunteers in the east African nation are spreading the word about extreme weather such as drought as climate change worsens.

KATILU, Kenya - Sitting under an acacia tree to cool off from northern Kenya's stifling heat, youth leader Bonface Ewaar was deep in discussion about how best to warn his community of Katilu about worsening drought.

Working with two colleagues, the 24-year-old pored over a disaster alert bulletin - issued by the government drought agency - that he planned to translate from English into the local Turkana language to share by word of mouth and over the radio.

"Translating is a difficult task. But serving my community this way means a lot to me because they are able to understand and take action against disasters," Ewaar told the Thomson Reuters Foundation in his village in Turkana county.

Kenya is suffering one of its worst droughts in decades, and the National Drought Management Authority (NDMA) in June said the number of people facing hunger and starvation as a result had risen to 4.1 million - a 17% increase on the previous month.

Worsening climate shocks and extreme weather have left communities in Kenya desperate for information on how to prepare and protect themselves, said Hussein Noor Adille, chief of party at Nawiri, an anti-hunger effort launched in 2020.

Funded by the U.S. Agency for International Development (USAID), the five-year project - the name means "thrive in Kiswahili - aims to tackle acute malnutrition in the east African nation's driest regions.

Although the Kenyan drought agency issues monthly or even weekly disaster warning bulletins to climate-threatened communities, they are distributed to county governments in English.

That means that for many rural Kenyans, who speak other languages or cannot read or write at all, they are of little help.

To combat this, young people such as Ewaar are volunteering their time to translate and broadcast the alerts.

Such messages have helped parents avoid their children falling into malnutrition and herders better manage their livestock, said Adille, of Nawiri.

"People who cannot read will not understand the risks they will be facing, how the disaster is progressing and market changes in terms of food prices," he said.

There is little clear data on how many young people are involved with translating such disaster alerts across Kenya.

While Ewaar and others are they are proud of the role they play, they said doing the work without pay limits the size of their ranks.

"We would do more if the government recognised this is a valuable service and compensated us," he said.

Abdulkarim Salesa, a 39-year-old shopkeeper and a volunteer translator based in eastern Isiolo county, said few local youth were willing to give their time because many were needed to help their families cope during the drought.

The difficulty of translating complex technical terms was also a challenge in recruitment, he said.

"Sometimes the language used in the bulletins is difficult to understand," he said.

The warning bulletins focus on a variety of threats in the region, including risks of malnutrition and respiratory illness during prolonged droughts.

The number of cases of acute malnutrition in children younger than 5 across Kenya surged to 942,000 in June, a 25% rise from February, government data shows.

In April, Moitan Akitela, a mother from the village of Nawapeto in Turkana, heard via local radio that her area was set to experience a long drought as rains failed - and learned that this could leave her child vulnerable to malnourishment.

With her poor health making the 10 km (6.2 miles) walk to the nearest medical facility difficult, Akitela contacted the local area administrator who connected her to a Nawiri health scheme.

Since then, she has joined other women at a community venue near her village for weekly health clinics, where her year-old son has been checked for malnutrition and immunised.

Peter Lokol, a herder who also acts as a community health volunteer, said he reduced the size of his herd when he heard over the radio there would be a prolonged drought, in order to make his available fodder last longer.

"I can easily adopt to stressful situations. The only thing that I lack a lot is information on when to do this," he said.

The United Nations vowed in March that early-warning weather monitoring would cover everyone on the planet by 2027.

Currently 60% of Africans live in areas out of reach of such systems, it said.

Volunteers such as Salesa and Ewaar are keen to further professionalise their work, and hope in time apps could be created to deliver their alerts.

Some have also taken to going on scouting missions to document the issues faced by their communities.

For example, by taking photos of dead livestock they encounter and sharing them via social media, authorities and charities can be alerted to where aid may be needed, Ewaar said.

"It is a challenging job," he admitted. "But it is a game-changer in terms of how local solutions can help manage worsening disasters."