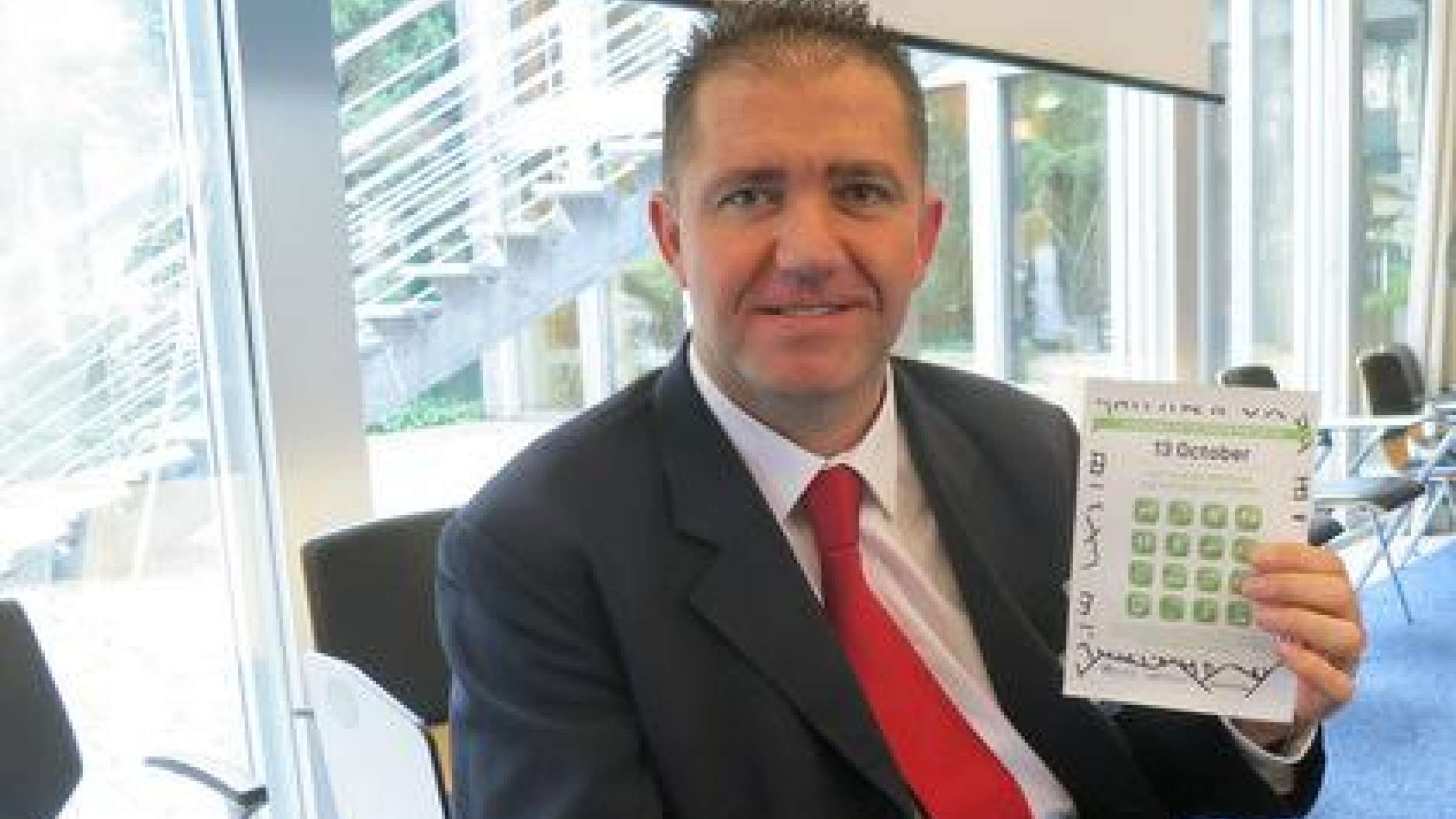 MP Mirko Tomassoni shows his support for the International Day for Disaster Reduction at the IPU meeting.

GENEVA, 9 October 2013 – On the eve of the release of a major survey on disability and disasters a leading MP today urged people living with disabilities to follow his example and be more active in political life and decision-making roles.

Mr Mirko Tomassoni, a member of the San Marino parliament, said people living with disabilities should embrace the ‘nothing about us without us’ mantra and challenge physical, institutional and attitudinal barriers that prevent inclusive disaster management planning.

The MP said the wider issues in society that people living with disabilities faced were also relevant in times of disaster.

The MP, who has been a wheelchair user since 1998 when a car hit his motorbike, was the lead speaker at the Inter-parliamentary Union’s (IPU) session “Promoting international commitments and defending the rights of vulnerable groups: Focus on persons with disabilities”.

The Head of Advocacy and Outreach for the United Nations Office for Disaster Risk Reduction (UNISDR), Mr Jerry Velasquez, told the IPU forum that excluding people living with disabilities from disaster management planning “would cost the world dearly” in the face of the increasing threats posed by climate change and more frequent and more powerful natural hazards.

“If the world continues to ignore the needs of people living with disabilities it also ignores their solutions, wisdom, experience and leadership,” Mr Velasquez said.

At the IPU’s 129th Assembly in Geneva, the UNISDR Advocacy Chief urged the union to specifically include disaster risk in its ‘Call to Act: Ensuring the participation of persons with disabilities in political and public life’.

October 13 marks the International Day for Disaster Reduction, which this year is focused on disability and disasters. Initial results of the global survey, organized by UNISDR and its partners, will be released Thursday 10 October.

Have Your Say! If you’re living with a disability or you are a caregiver, take our survey and share your thoughts on living with disasters. The survey is available here in several languages.