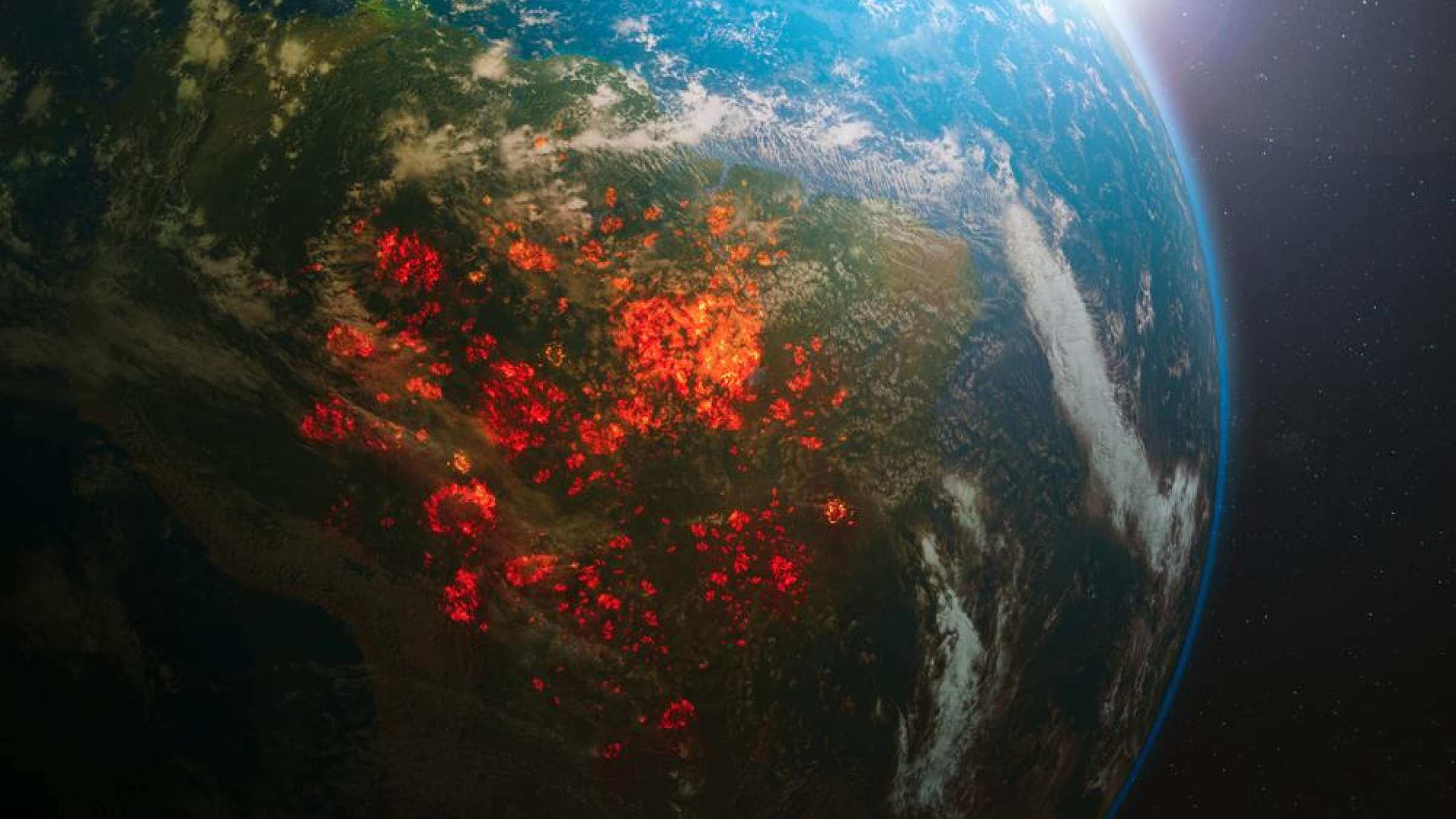 Fires that burn the forest also hit crops and pastures. But farmers in the eastern Amazon are left with few good options.

The 2019 fires in the Brazilian Amazon were the result of an alarming surge in deforestation – reaching almost 10,000 square kilometres of forest loss for the first time in a decade. But thanks to below-average rainfalls and even higher rates of deforestation, the fire season is gearing up to be even worse in 2020.

Beyond the immediate destruction caused by the fires in 2019 – from charred wildlife to soaring carbon emissions – the Amazon fires captured the world’s attention because they were all man-made. The vast smoke and flames were an indication that large-scale deforestation had been happening before official statistics were released.

Many fires are lit by people to remove fallen trees after deforestation, but fire is also a common technique used to prepare land for agriculture. Unfortunately, these fires can escape farmland and pasture boundaries.

In past climate conditions, with abundant rainfall and moist forests, these fires tended to stay within areas that had been selectively cleared before. But when forests are drier due to lower rainfall, they may burn for months, ravaging tens or hundreds of kilometres of forest reserves and farmland.

Given that escaped fires are so harmful to biodiversity and people, why do farmers in the Amazon continue to set them?

Why farmers use fire

Fire is so appealing to farmers because it does the work of fertilisers, pesticides and labourers for free. First, they leave the land fallow to recover after a few harvests and it’s overtaken by pioneer plants and pests. The regrowing vegetation is then slashed and burned, providing a low-cost way to clear debris and fertilise the land while removing pests.

But relying on fire gradually degrades the soil and, as our research found, is less profitable in the long run compared to farming systems that use machinery, integrate trees into farmland or rotate pastures. We found that among farming households with similar amounts of land, capital and workforce, those farming with fire earned 63% less than farms that didn’t use fire.

The trouble is that fires from other farms make it very risky for farmers to invest in expensive fire-free systems of preparing land, because crops or infrastructure may ultimately be destroyed. In a survey of 580 farmers in the eastern Amazon, 43% had been on the receiving end of at least one escaped fire in the last five years.

We measured the exposure of farmers to fire risk by the number of satellite-detected fires in the neighbourhood of their properties. If exposure to fire risk increased by at least 70%, it entirely offset the benefits of investing in a fire-free system. Fertilised and mechanically prepared land covered with fencing, timber, and fruit plantations are all highly flammable. When fire risk is high, farming with fire gives the safest return but increases fire risk for others. In these situations, fire users make more money than farmers not using fire, but farm revenues are much lower than they would be if fire risk was reduced.

Farm revenue in the eastern Amazon

Fire control measures, such as firebreaks around the area designated for burning, can greatly reduce the risk of fire spreading, but firebreaks take weeks to build. If the risk of escaped fire from a neighbour is too high, then there is a high chance that your own property will burn anyway, regardless of what you do, reducing the incentive to build firebreaks.

Just as the risk of escaped fires drives more farmers to light fires of their own, it also discourages people from investing in their own fire control measures.

Unless there’s a coordinated effort to reduce fire risk collectively, there is no incentive for individual farmers to stop using fire, or increase their efforts to prevent it. In prior research, we found that farmers want the Brazilian government to help coordinate this effort. So how could the government help?

One option is to ban fire use. But this is generally a bad idea, as fire can be used sustainably, which indigenous people managed for generations. A ban could also undermine the livelihoods of farmers who cannot afford to switch to other practices.

Preparing land with machinery and chemicals is a good alternative for some regions of the Amazon. But it would be too expensive and difficult to mechanise smallholder farming in remote areas. And by increasing the number of tractors on forest frontiers, the government would risk more deforestation, as these machines can be turned on trees.

Enforcing fire control measures among farmers and subsidising the alternative techniques where appropriate, may be the best option. This reduces fire risk for everyone and builds on local knowledge. More funding to support the training and equipping of community fire brigades would also help.

To come up with the right solutions, we need a better understanding of the causes of Amazon fires. Is it recently felled forest? If so, then many of these fires are likely to be linked to land grabbing, logging and mining. Tackling this means enforcing environmental laws.

Or are the fires the result of local farming practices? In this case, the solutions lie in providing greater support, and working with local people to find a path out of the fire poverty trap.