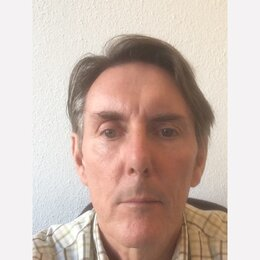 Denis McClean is a former newspaper journalist who worked on several major humanitarian emergencies during his time with the International Federation of Red Cross and Red Crescent Societies including three lengthy periods in Bangladesh. He was a past editor of the World Disasters Report and has worked on advocacy and communications for the UN Office for Disaster Risk Reduction since 2011. 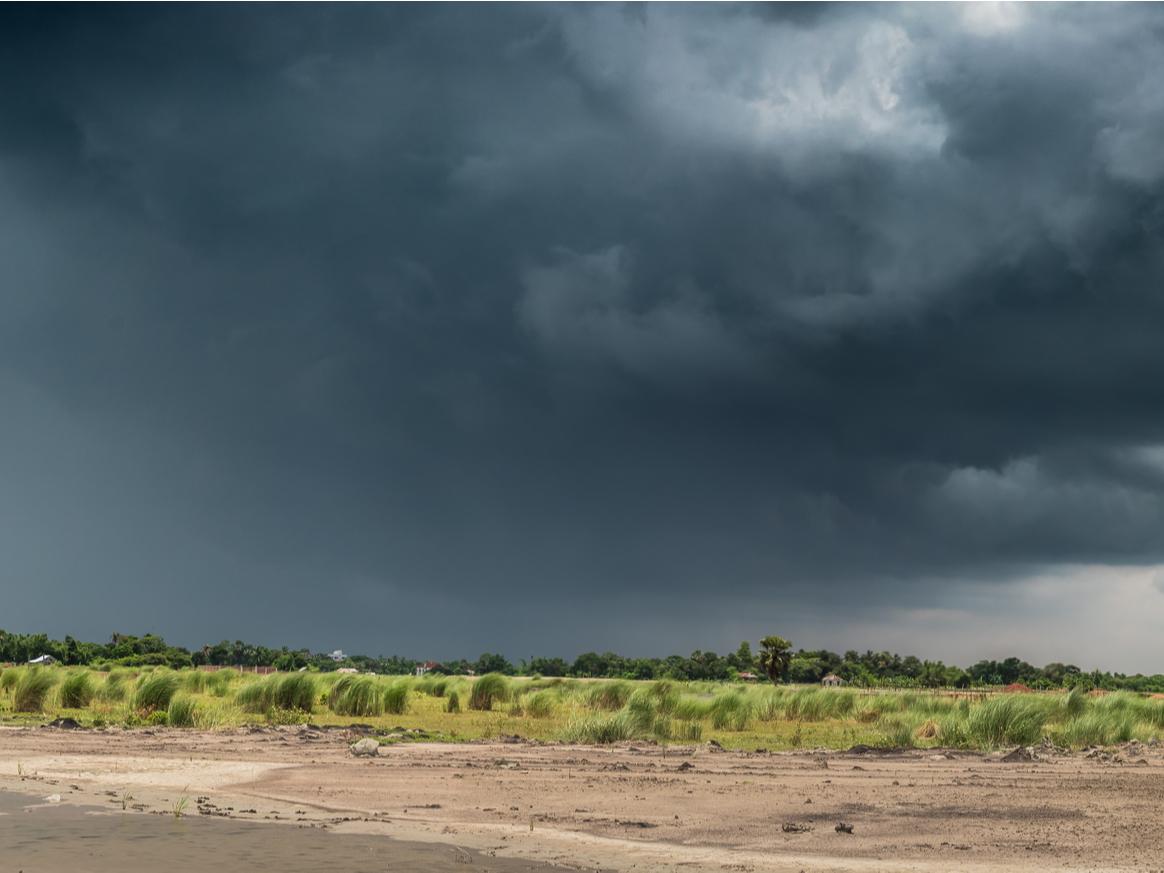 I have never witnessed before, or since, anything like the scale of destruction that I saw from a helicopter flying along Bangladesh’s coastline in May 1991, some days after one of the most powerful tropical cyclones ever recorded.

The land below was pockmarked with the remains of thousands of homes which were simply blown away by the 235 km/h hour winds or washed away by the six-metre storm surge that accompanied landfall.

There was no sign of life on Kutubdia, an island off Chittagong, where over 20,000 people died, and all livestock were killed.

Over 138,000 people had lost their lives overnight and ten million people were left homeless triggering Operation Sea Angel led by the US, one of the largest-ever military deployments to provide humanitarian aid; it reached an estimated two million people.

That helicopter flight and the relief operation that followed gave me some glimpse into what this same coastline must have been like following the Great Bhola Cyclone of November 12/13, 1970, when an even greater number of people lost their lives.

In the lead-up to the 20th anniversary in November 1990, I visited several of the affected islands.

One survivor I spoke to, an elderly grandmother, told me that she owed her life to the fact that one of her sons had tied her to a tree where she endured a night in hell as the full fury of the storm swept across her home island of Hatiya.

I was part of an effort at that time by the International Federation of Red Cross and Red Crescent Societies to develop cyclone-related learning materials – mainly cartoons – for people who were illiterate and living on the coast.

One discovery we made was that people were puzzled by the appearance of the Bangladesh Red Crescent emblem on the material and thought it was an indication of the time of the month when a cyclone might strike.

The learning from that was to avoid false assumptions when working with people who do not have access to media or may be outside the reach of formal channels of communication. They all knew what a Red Cross stood for but no awareness-raising had followed its replacement by a Red Crescent as the emblem of the re-named Bangladesh Red Crescent Society.

There has long been discussion about the death toll arising from the Bhola cyclone. A formal review by the World Meteorological Organization has put the death toll at 300,000 but according to the head of the Cyclone Preparedness Programme (CPP), Ahmadul Haque, the official government figure is one million.

The enormity of the tragedy and the lack of forewarning played into the independence struggle and the civil war which broke out a few months later and resulted in the creation of the modern Bangladesh state.

The true death toll will never be known but the tragedy marked a turning point in the development of disaster risk reduction with a clear understanding that much of the success in saving lives depended on improving the so-called “last mile” so that people not only received the warnings but understood clearly what action to take.

I was back in Bangladesh last year for the first time in almost twenty years and I was impressed with how the programme has grown since 1991 and how the mortality rate from powerful cyclones has continued to decline with the expansion of the CPP. Less than 20 people died in the last major storm to hit the country as over two million people were evacuated to safety.

Bangladesh now has 5,500 cyclone shelters including 1,500 multi-purpose centres. During recent storms, it was able to use thousands of other public buildings to provide short-term shelter while respecting social distancing as millions of people were evacuated.

Despite rising seas and coastal erosion, mortality has dropped dramatically thanks in great part to the CPP volunteers, 26 of whom lost their lives during cyclone operations in 1991 and 2007. 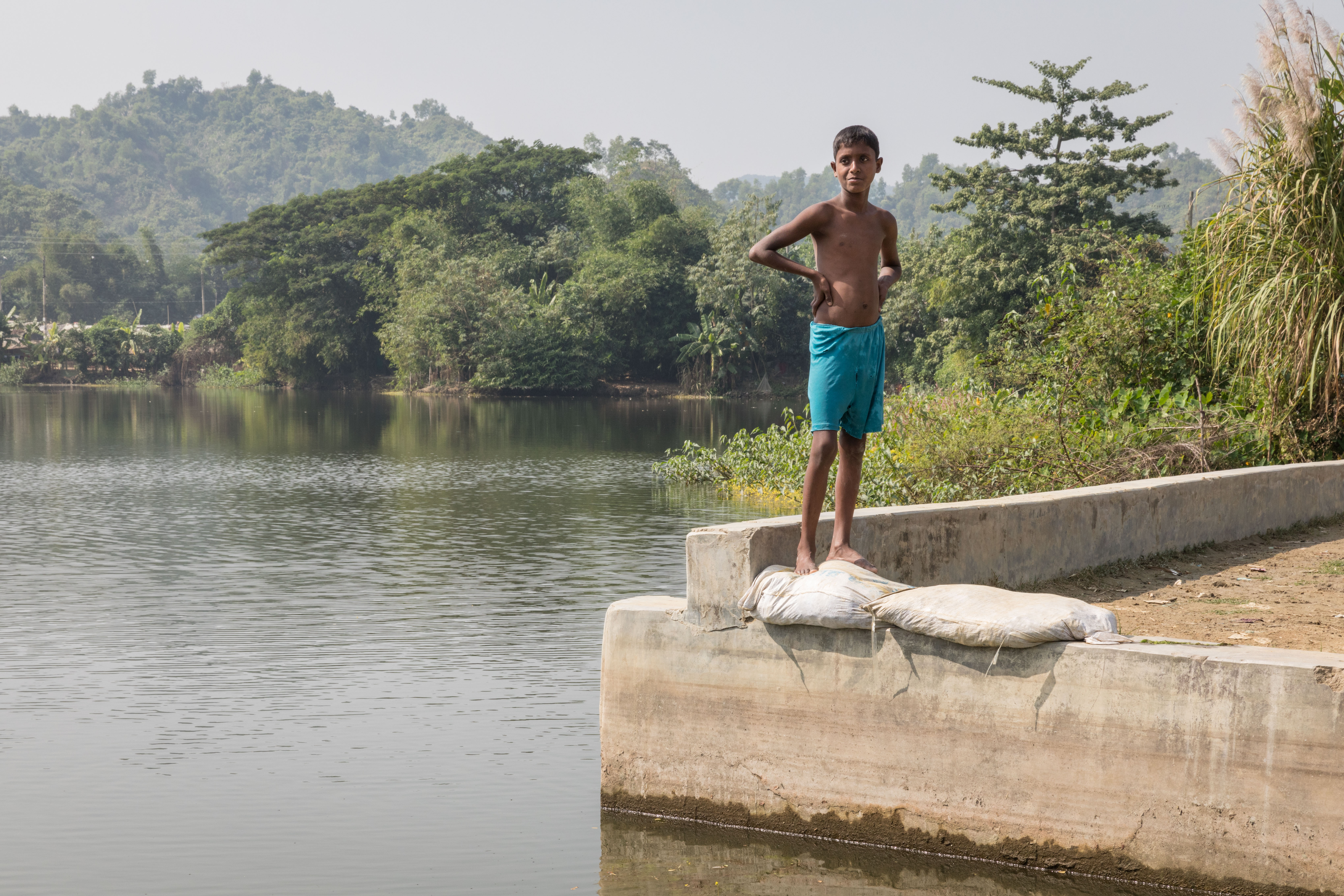 Mr Haque now wants to expand CPP from covering 13 coastal and riverine districts to 19 and to grow from 55,000 volunteers to 200,000 by 2025 while including other hazards in their area of responsibility in line with the multi-hazard approach to disaster risk advocated by the UN Office for Disaster Risk Reduction.

Volunteer duties include disseminating cyclone warning signals to the community and evacuating those at particular risk including persons living with disabilities, older persons, pregnant women and young children.

They are trained to provide first aid, humanitarian assistance, community outreach and to deepen understanding of disaster risk.

Such is the programme’s reach that it would be most unusual today if someone’s only hope of surviving a cyclone depended on being tied to a tree.