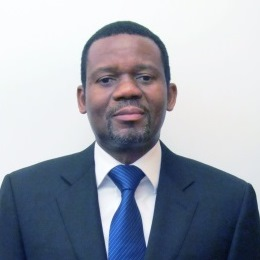 Global Framework for Climate Services (GFCS) Expertise: Meteorology with particular interest on weather and climate services and their application to disaster risk reduction and other climate sensitive areas.

Filipe Lúcio joined the World Meteorological Organization in 2007 as a Senior Scientific Officer in the disaster risk reduction programme, following 18 years of hands-on experience in operational meteorology and research, 10 of which as the Director of the National Institute of Meteorology of Mozambique. During this period he lead a re-structuring process of the National Institute of Meteorology and contributed to the development of the national early warning system, which is today, an important tool for protecting lives and livelihoods in the country.

On the research front, he has authored papers and has been very active in various activities including those of Climate Variability and Predictability (CLIVAR) in Africa and the work of the International Council of Scientific Unions (ICSU) where he has contributed to the development of science plans on “Integrated Research on Disaster Risk” and “Natural and Human-induced Hazards and Disasters in sub-Saharan Africa”.