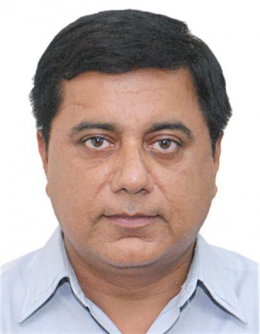 Himanshu Shekhar Mishra works as Associate Editor-Government Affairs in New Delhi Television (NDTV) Ltd, a national television news channel based in India. As a field correspondent, he has extensively covered important developments in Government, Politics and International Affairs. He was part of Prime Minister's official entourage to the UN Annual Summit in 2003 in New York and also to Indo-Turkish Summit held in Ankara and Istanbul in September, 2003. He visited Islamabad in January, 2004 to report on the SAARC Summit and also went to Kabul in August, 2005 to report on former Prime Minister Manmohan Singh's official visit to Afghanistan. He covered the devastating floods in Jammu and Kashmir in September, 2014, considered the worst since 1902. Based on his experience, he went on to present a research paper titled ‘Right to Compensation in Disaster Laws’ at the UN World Conference on Disaster Risk Reduction held in Sendai, Japan (14th-18th March 2015). He has actively covered the functioning of the National Disaster Management Agency, India's premier institution to deal with natural and man-made disasters, since its inception. He also co-produced a documentary in 2011 on how ill-prepared India's capital New Delhi is to face earthquakes of high intensity. He holds a Master of Philosophy (M.Phil) degree from Centre for West Asian Studies, School of International Studies, Jawaharlal Nehru University (JNU). His M. Phil Dissertation was titled: "Military in Politics: A Comparative Study of Post-War Turkey and Algeria" (1999). Earlier, he finished his post-graduation in Political Science from Centre for Political Studies, JNU in 1997.

Right to Compensation in Disaster Laws: a case study

Dear Mr Mishra,
I'd be interested to hear if you think it is feasible to add a right to compensation in the DM Act, bearing in mind resourcing challenges? Also, you mention that there was an absence of a mitigation culture or strategy in place, what other legal provisions do you think could be introduced to help put people out of harm’s way and better protect their livelihoods?


You have asked a pertinent question. I think the global community should seriously brainstorm on a Rights-based paradigm to address the basic needs of disaster victims. How far a nation-state can move in this direction would entirely depend on its political will and ability to bear the cost of granting a legal right to compensation to its citizens.


It is also a relative concept as every nation-state has a fundamental right to decide the parameters of how to grant a Right to Compensation to its citizens who are disaster victims.


A new rights-based paradigm to award compensation to disaster victims would first require a debate on the broad definition of compensation per se and delineation of an acceptable legal system for the identification of  beneficiaries. I think such
a rights-based paradigm should include a right to every disaster-affected person to reconstruct their dwelling and recreation of livelihood opportunities for them. A legal mechanism to scientifically assess the quantum of loss following a disaster must also be incorporated in the DM Act. The broad focus should be on constructing a legislative framework which respects the right of every citizen to seek relief and compensation.


Some developed countries have incorporated specific provisions in their Disaster Management laws to help disaster victims. In the United States, the "Robert T. Stafford Disaster Relief and Emergency Assistance Act" (broadly referred to as "The Stafford Act") clearly outlines the broad responsibilities of the State in providing compulsory relief and compensation to disaster victims. The Section 410 of "The Stafford Act" has a provision for grant of an "Unemployment Assistance" to disaster victims who has lost their source of livelihood.


I think such a legalized mechanism to grant compensation to disaster victims would be especially significant in developing and under-developed countries which have to face the wrath of seasonal floods every year. In many ways, the seasonal floods often perpetuate poverty by wiping off meager assets poor build every year. Government of India has officially acknowledged this fact. As a Home Ministry Report argued in 2011,

“Poverty and risk to disasters are inextricably linked and mutually reinforcing. The poor section of the society is worst affected in case of disaster…Poverty also compels the poor to migrate and live at physically more vulnerable locations,often on unsafe land and in unsafe shelters. These inhabitations of the poor at such locations are either due to the fact that there is no other land available at reasonable cost or it is close to the employment opportunities. The inhabitations of the poor people on marginal land are prone to all types ofdisasters. The type of construction of these houses further deteriorates the condition.These dwellings made up of low cost material without giving much consideration to technical aspect are easy targets ofvarious hazards”. [Ministry of Home Affairs, “Disaster Management in India (2011), Page-14.

[[Full Report is available on : http://www.undp.org/content/dam/india/docs/disaster_management_in_india.pdf]]


As for your second question, the idea of strengthening a disaster mitigation culture in a given State has to be a continuous endeavour. Government and the Civil Society will have to jointly work to sensitize the communities to strengthen their disaster mitigation strategies. Just by incorporating this idea in a Law won't help. The Disaster Management Act in India has specific provisions in this regard but it has not been seriously implemented on the ground in many states including Jammu and Kashmir.

I think every nation will have to formulate a multi-pronged strategy to strengthen its disaster risk reduction strategies and make communities resilient to face natural disasters.