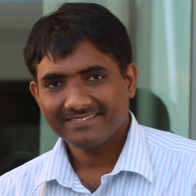 As we have this in place how can we make sure all sectors, CSOs, Youths, Children, and government cooperate together in other to bring justice to DRR issues.

Thanks for your question.

To bring DRR Issues to the mainstream, the following conditions need to be fulfilled:
1. Wider awareness on risk and risk reduction
2. Understanding risk and reducing risk in integral in education curriculum
3. Risk reduction strategies are integral to development plans and practices
4. Risk reduction is seen as an agenda of good governance and realization that it requires multi-stakeholders approach.More Importantly in the context of Trans-boundary disasters, it is de-linked with other burning issues between countries.
5. Risk reduction performance of political offices is monitored, rewarded or rejected based on that performance by voting public in democratic countries.

Thanks for your question.
I'm unable to read it. Could you re-post the question in English?

Can you enlighten me on the regions that have shown good spirit and progress for cooperation in Disaster Risk Reduction?

Specific and focused regional cooperation has been taking place on a more compact sub-regional basis that  have  common  geo-physical,  geo-climatic  and  geo-political features in Asia, namely in East Asia, South East Asia, South Asia, Central Asia & West Asia. The South East Asian Nations (ASEAN) adopted the ASEAN Agreement on Disaster Management and Emergency Response, while East Asia Summit has identified disaster risk reduction as one of the activities of cooperation among the member countries. Similarly, The  South  Asian Association  of  Regional  Cooperation  (SAARC)  has  adopted  a Comprehensive  Framework  of  Disaster  Management and set up a SAARC Disaster  Management  Centre in  New  Delhi.

The Indian Ocean Tsunami of 2004 was a wake up call for countries in Asia and Pacific. This major disaster that killed thousands of people in countries along the Indian ocean prompted the nations of this region to scale up their relations from trade and economics to cooperation in disaster risk reduction, particularly in the area of Tsunami early warning. The countries in the Indian ocean together, have established a joint mechanism of Tsunami early warning. The Indian Ocean countries have scaled up their cooperation efforts in the areas of maritime safety and security; trade and investment facilitation; fisheries management; disaster risk reduction; academic and S&T cooperation; and tourism promotion and cultural exchanges.

Another significant initiative was the Bay of Bengal initiative for Multi-Sectoral Technical and Economic Cooperation (BIMSTEC) comprising of Bangladesh, Bhutan, India, Myanmar, Nepal, Sri Lanka and Thailand. The major driver of this collective initiative was the promotion of  regional integration and to create a bridge between the countries of South and South East Asia, with a focus on free trade.  After the Indian ocean Tsunami in December, 2004, BIMSTEC has committed it self to strengthen  preparedness against natural disasters, with timely warnings to be given to farmers, coastal zone managers and other people and cooperate between countries to minimize human and economic losses.

Similarly, there have been collaborative efforts for mountain disaster risk reduction since many decades. International Center for Integrated Mountain Development (ICIMOD) has been leading the efforts since 1983 in the Hindu Kush-Himalayan (HKH) mountain region, there are a number of United Nations (UN), international and regional organizations that are leading trans-boundary approach to disaster risk reduction in the other mountain regions. In the Caucasus, UNDP has been implementing early warning systems, disaster preparedness capacities and environmental protection for DRR in Armenia, Azerbaijan and Georgia since 1997. In the mountain regions of Europe, the European Union and The International Commission for the Protection of the Alps have been promoting advancing the technologies for the quantitative assessment of debris flow. MERCOSUR ( A Spanish name meaning Southern Common Market) in the Andes mountain region has been optimizing on the trade and economic arrangement between Latin American countries to pursue disaster risk reduction as it recognizes that natural hazards in the Andes mountain region is destabilizing the regional economy and affecting over 200 million people.

In December, 2013, The European Parliament  adopted a new legislation on the EU Civil Protection Mechanism that allows stronger cooperation in responding to disasters. This new law will help EU Member states to better coordinate preparation, prevention and eventually respond to disasters Europe. A  24/7 Emergency Response Coordination Centre of the European Union  monitors the situation around the world and provides an information and coordination hub during emergencies. Further, the legislation enables key actions related to disaster risk reduction such as developing national risk assessments and disaster risk management planning will further strengthen the joint collaboration in building resilience to disasters.

Finally, regional platforms for Disaster risk reduction promoted by United Nations’ International Strategy for Disaster Reduction (UNISDR), provide a space for countries to explore cooperation for DRR, outside the political sphere. These regional platforms in Africa, Asia, Americas, Arab state, the Pacific and Europe have been effective in reviewing and guiding the implementation Hyogo Frame Work for Action guidelines for DRR. The ministerial level conferences conducted by these platforms once every two years bring together the government delegations, NGOs, think tanks and the UN organizations to discuss the regional DRR issues and explore greater cooperation and collaboration. Recent regional platform meetings focused on the next phase of HFA guidelines (2015-2025) have identified risks and vulnerabilities are trans-boundary and need to be addressed with a regional cooperation approach These regional platforms provide leadership and direction out side formal governmental diplomatic systems and propose solutions to address disaster risk and to build the resilience of communities and nations.

Sometimes countries have vastly different priorities and perspectives regarding international cooperation. In your experience, how easy of difficult is regional cooperation in DRR ?

Thanks for your question. Your question touches the fundamental challenges in regional and International cooperation in DRR.

1. First challenge pertains to perspective on disasters in political leadership of most countries. Disasters are not seen as an urgent issue to address by political leadership in many countries, until they strike. Few years after the disaster it back to normal. Therefore, looking at DRR from regional cooperation and international relations doesn't occur so easily, even after experiencing trans-boundary disasters. It requires consistent efforts to bring DRR issues on to the table of regional dialogue.

2. The next challenge is to facilitate de-linking of DRR from other stubborn Issues between countries. For instance, many large countries in all regions of the world would like to use cooperation on DRR with neighboring countries as a carrot to "discipline" them on other matters. Well,  no country would like carrots on such condition, whether small or big, hence, the cooperation efforts often stalemate. One way to deal with this issue is to facilitate cooperation on the technical front, so that at least some level of DRR outcome could be achieved.

3. Ideal condition for eliciting cooperation on DRR from a country is when that country is fortunate enough of having a stable government, raising economy and all round growth in education  intellectual capital. Political leadership in such countries is most likely to respond positively to regional and international cooperation for DRR. But there are always Ifs and buts. The Mantra for DRR advocates is to consistently try to facilitate regional cooperation. There is no room to get frustrated or give up the efforts. These efforts will yield in terms of small successes and they can make  a lot of difference in reducing risks and vulnerabilities across borders.

Hope, i have answered your question.