The morning of December 26, 2004 saw the worst disaster in Indonesia’s history. A magnitude (M) 9.1 submarine earthquake occurred along the Indian Ocean subduction zone triggering a massive tsunami that destroyed 800 km of the coastal areas of Aceh Province with inundation observed as far as 6 km inland. Post disaster damage and loss assessment revealed staggering numbers on the calamity that include over 220,000 human fatalities and the destruction of 139,000 houses, 73,869 hectares of agricultural lands, 2,618 kilometers of roads, 3,415 schools, 104,500 small-medium enterprises, 13,828 fishing boats, 119 bridges, 669 government buildings, 517 health facilities, 1,089 worship places, 22 seaports, and 8 airports and airstrips (BRR-Agency for the Rehabilitation and Reconstruction of Aceh and Nias, 2009). Added to these statistics, more than half a million tsunami survivors were internally displaced and hundreds of thousands more lost their livelihoods.

Almost within hours, news on the tsunami devastation of Aceh spread quickly around the world eventually sparking an unprecedented massive global community emergency response and relief effort. Given the extremely urgent situation on the grounds, the Government of Indonesia agreed to allow international military personnel coming from Asian and European countries, the United States, and Australia, among others, to participate in the disaster response operations that also included more than 600 local, national, and international non-governmental, community-based, civil society, multi-lateral, and UN organizations. Some of these organizations continued to be involved in the post-tsunami reconstruction and recovery phase. The reconstruction costs were estimated to be US $4.9 billion while committed funds from various sources including the international community donors and the Government of Indonesia amounted to US$ 6.7 billion (BRR, 2009).

Before embarking on a painstaking reconstruction effort, the Government of Indonesia created a “Master Plan for the Rehabilitation and Reconstruction of Aceh and Nias, North Sumatra”. Parallel to this effort, the government also established the Agency for the Rehabilitation and Reconstruction of Aceh and Nias (BRR), an ad-hoc agency, first of its kind, mandated to implement and coordinate government-funded projects and coordinate donor- and NGO- funded projects from April 2005 to April 2009. The “Build Back Better” philosophy was adopted in the reconstruction effort. This guiding principle seeks to ensure that every reconstruction effort shall integrate the concept of Disaster Risk Reduction that would help reduce future disaster risk and build resilience. By the end of the project period, BRR had implemented and coordinated a total of roughly 12,000 projects. 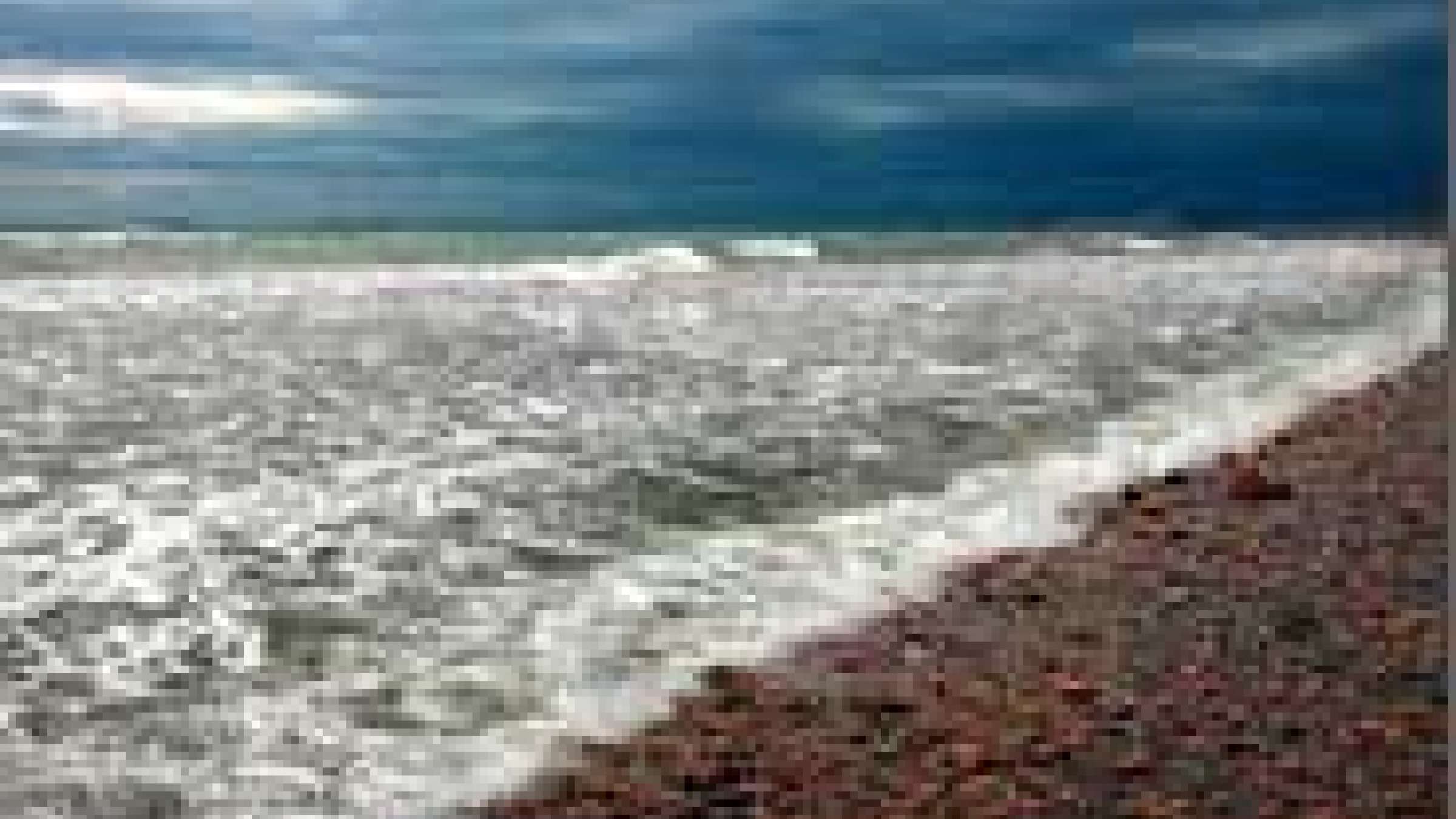 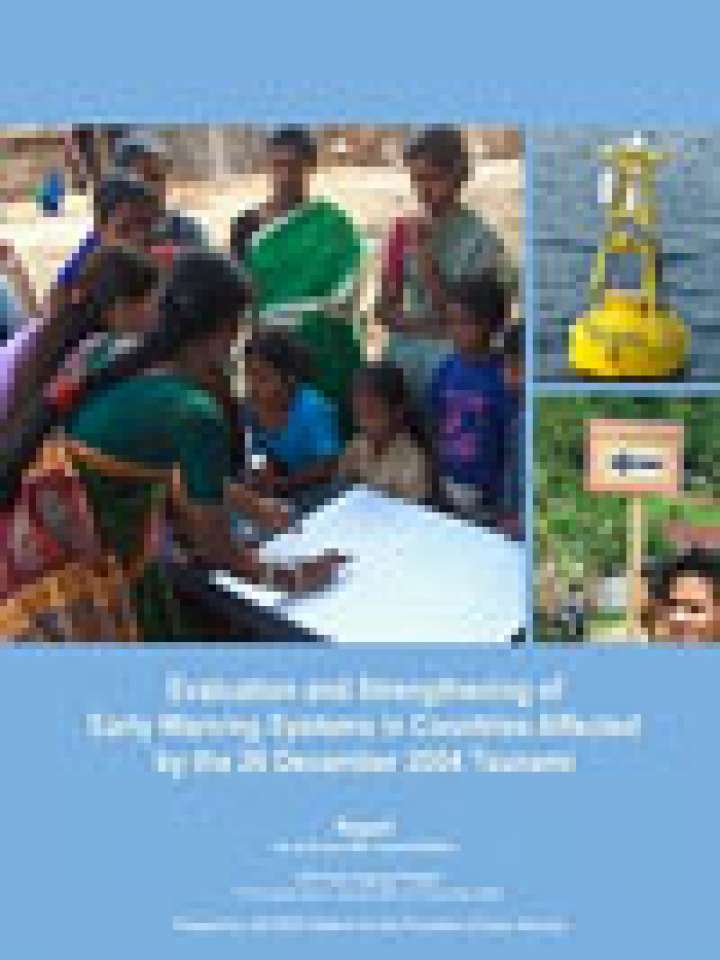 Evaluation and strengthening of early warning systems in countries affected by the 26 December 2004 tsunami: report

Platform for the Promotion of Early Warning

This report, from the Office of the Secretary-General’s Special Envoy for Tsunami Recovery, former U.S. President Bill Clinton, documents the status of the recovery effort at two years after the occurrence of the earthquake off the coast of Sumatra on December 26, 2004 and the tsunami it triggered.
Office of the Secretary-General's Special Envoy for Tsunami Recovery 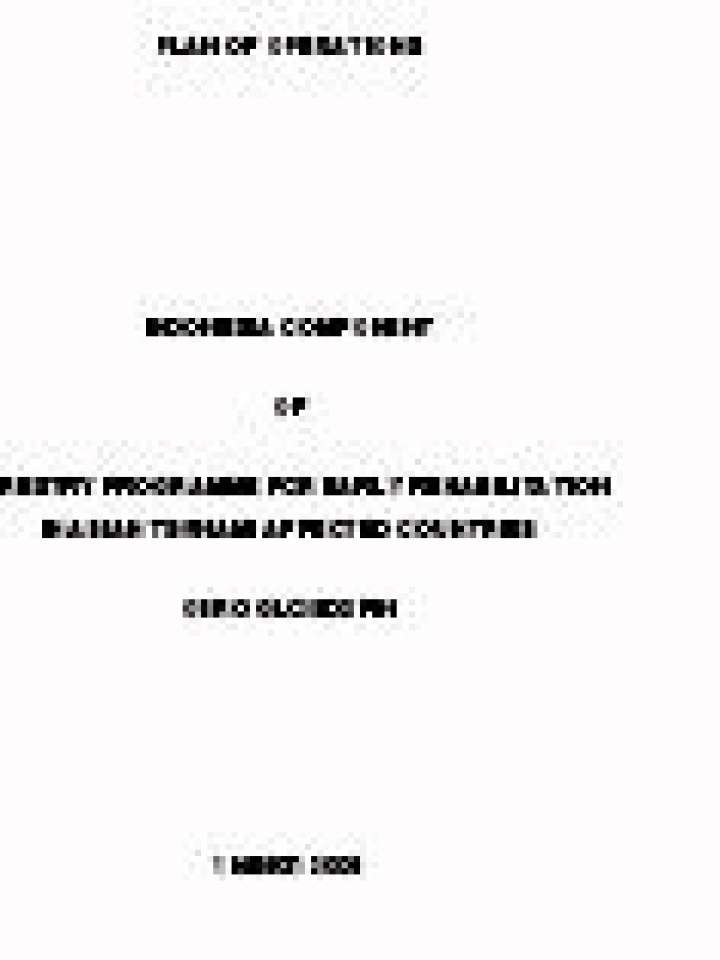 This document details the plan of operations for the Indonesian component of OSRO/GLO/502/FIN and has been developed on the basis of the issues and principles identified in the regional project document as well as the prevailing situation in Aceh and Nias one year after the tsunami. The work comprises three results addressing (i) forest rehabilitation, reforestation, tree planting and integrated coastal area management, (ii) timber supply, and (iii) capacity building.
Food and Agriculture Organization of the United Nations - Headquarters 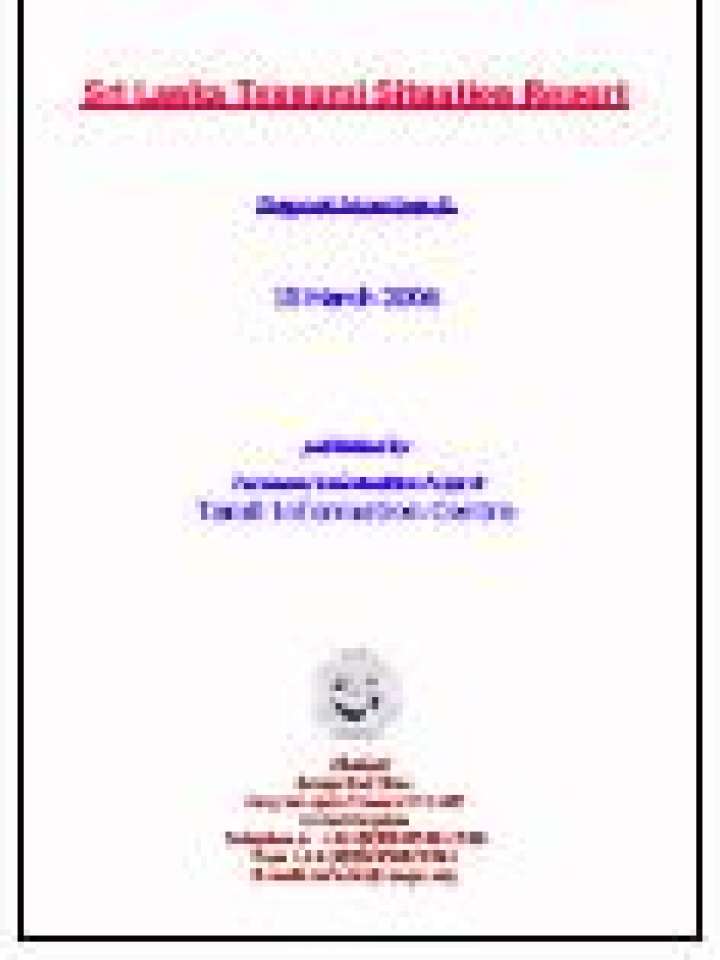 The tsunami of 26 December 2004 devastated the lives of millions of people in the Indian Ocean region. After a year, despite massive amounts of aid provided to the countries in the region, the long-term livelihood prospects of survivors remain uncertain 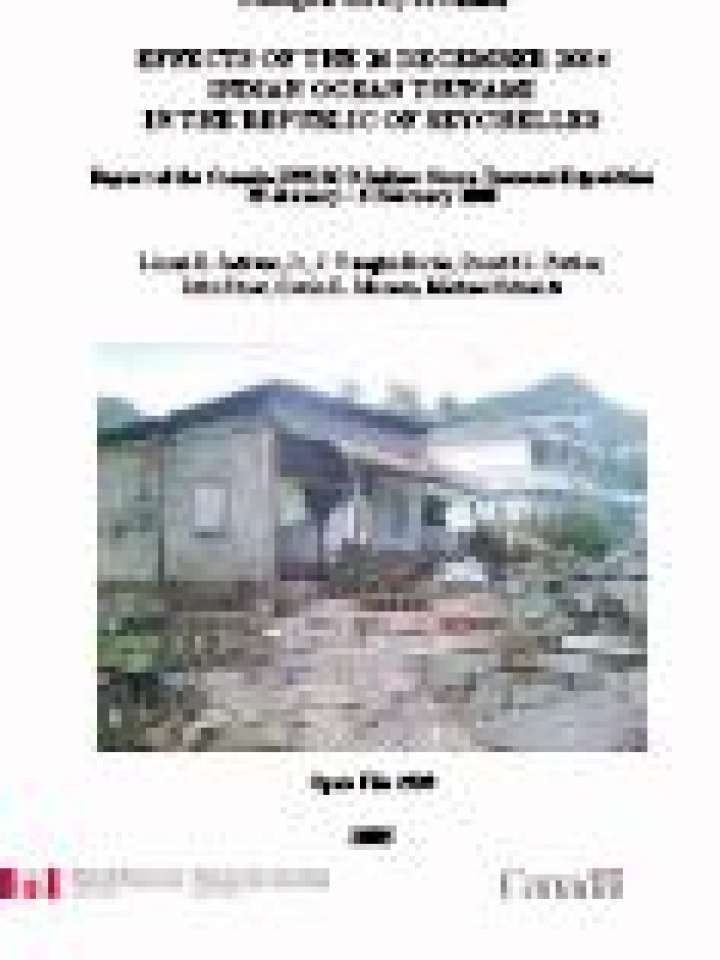 Beginning about mid-day on 26 December, 2004 and continuing into the following day, numerous tsunami waves impacted the coast of the Seychelles archipelago. This study was undertaken to document the timing, elevation, and effects of these waves on the 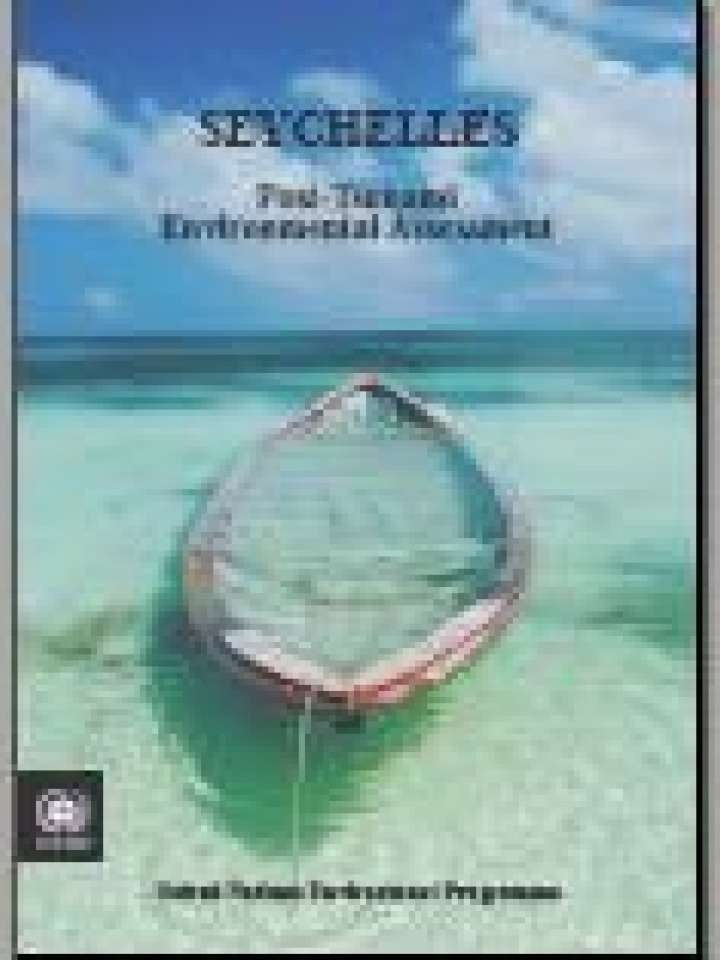 The Seychelles island group was struck by a series of powerful tidal surges, resulting from the tsunami, generated by the earthquake off Indonesia on 26 December 2004. As a direct consequence of these tidal surges two people lost their lives, and hundreds 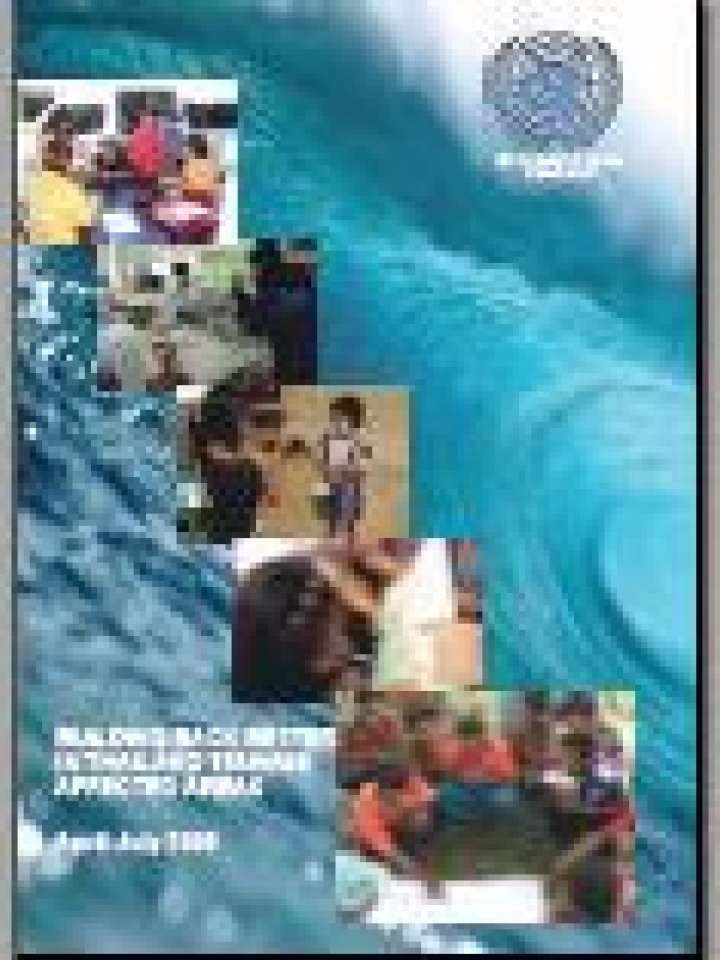 Thailand was among the countries worst hit by the Asian tsunami of 26 December 2004. Nevertheless, after nineteen months, Thailand has today largely recovered. The local population who lost most or all of their belongings in the tsunami, are now well on 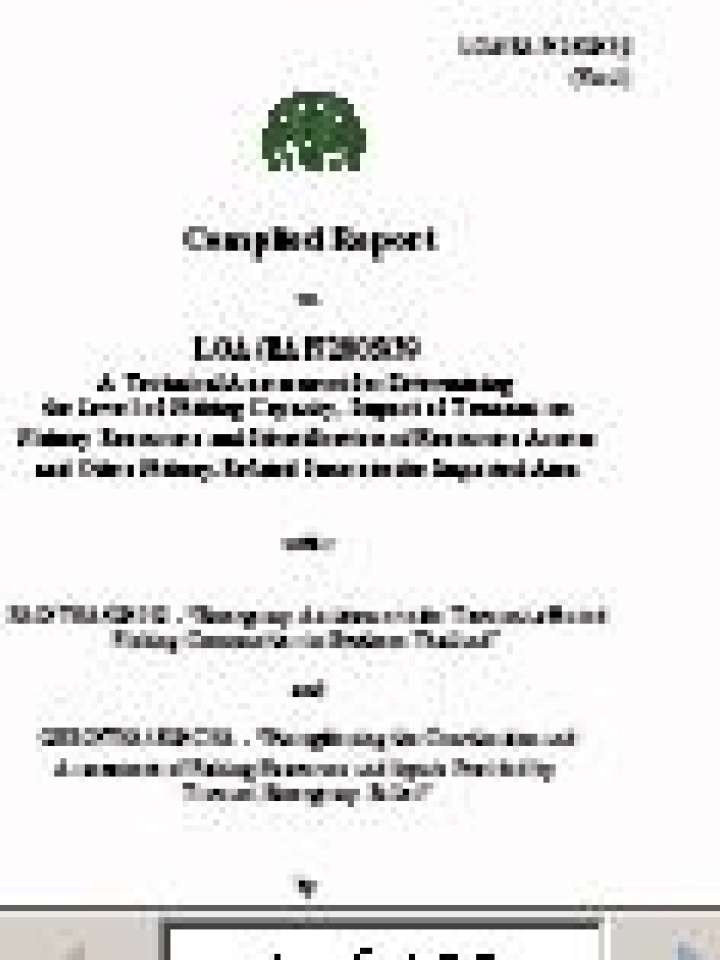 Complied report LOA/RAP/2005/39: a technical assessment for determining the level of fishing capacity, impact of tsunami on fishery resources and identification of resources access and other fishery-related issues in the impacted area

The Indian Ocean Tsunami that hit the Andaman Coast of Thailand in December 2004 was the worst natural disaster the country ever faced. Humanitarian aid and other immediate relief efforts poured in from sources around the world as part of the emergency

Food and Agriculture Organization of the United Nations - Headquarters 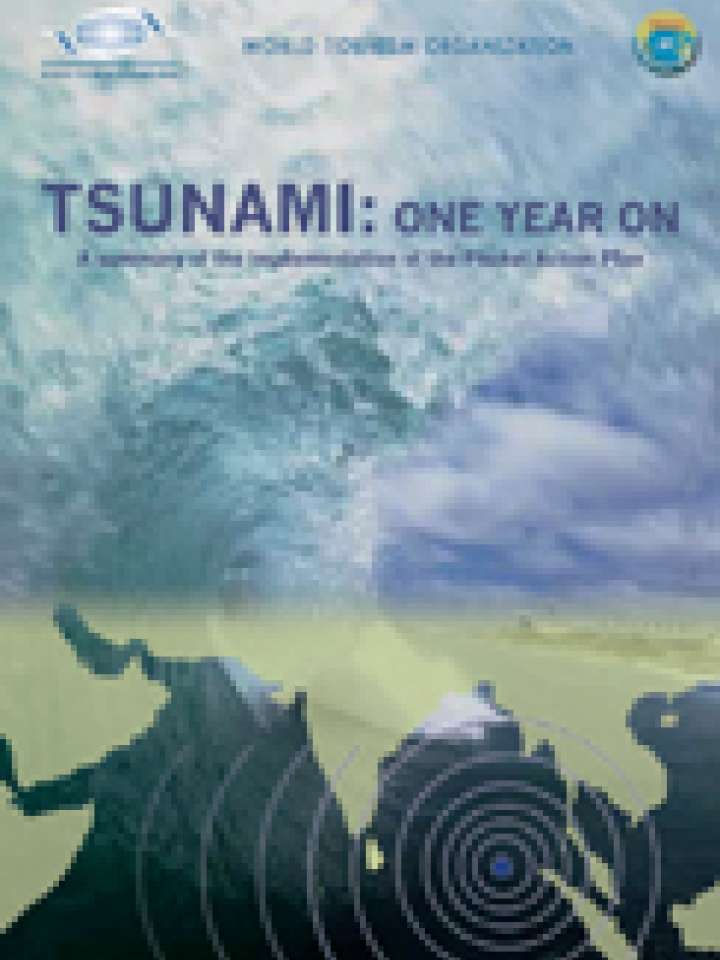 Tsunami, one year on: a summary of the implementation of the Phuket Action Plan

The Action Plan focuses on aiding the human recovery in the tourism industry in five key areas - marketing and communication, community relief, professional training of the tourism workforce, re-development and repositioning of the tourism product with greater emphasis on sustainability and risk management - a framework for assistance within which WTO would contribute to tourism recovery.
World Tourism Organization