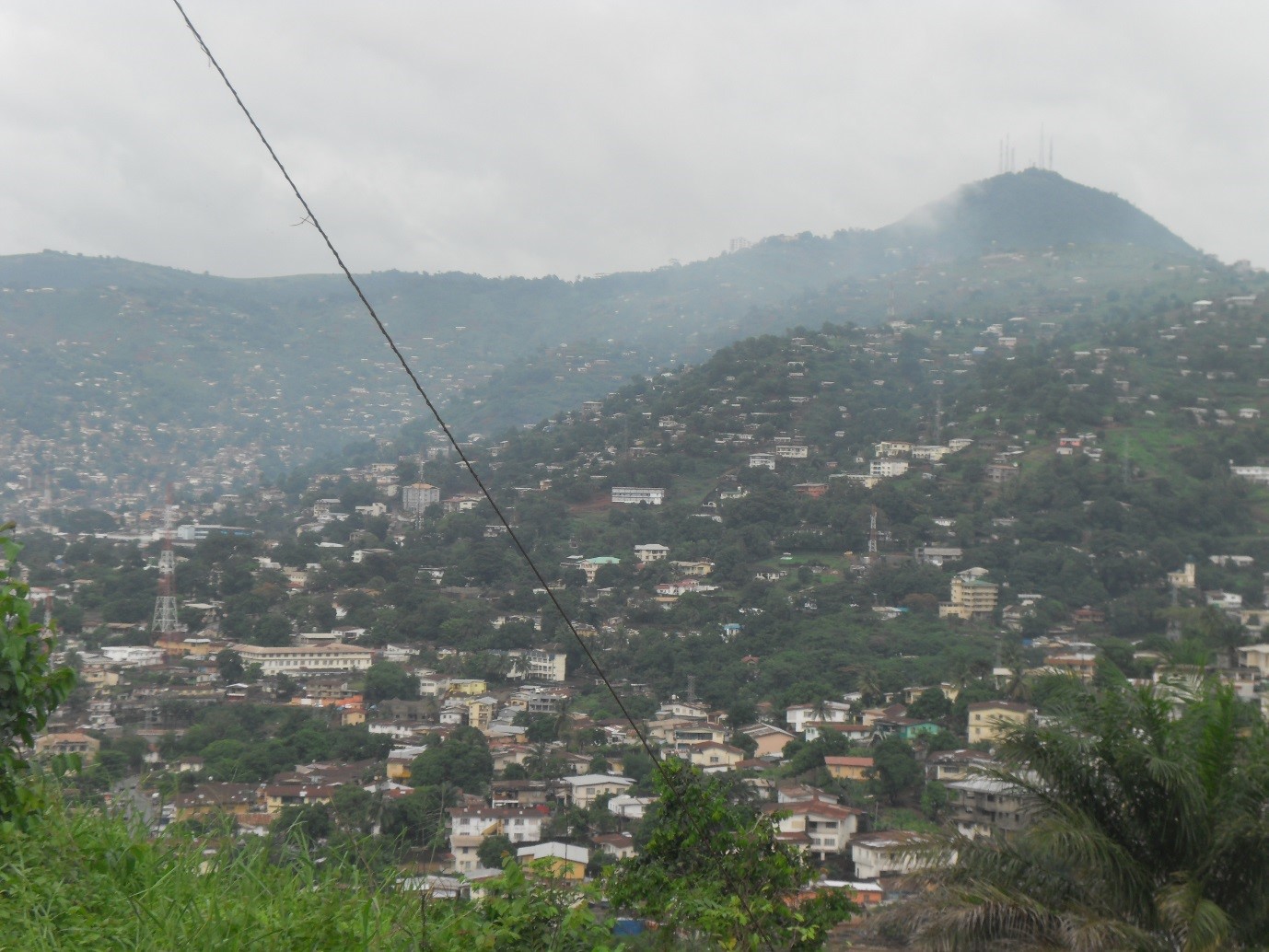 This photo taken in 2014 shows the scale of housing development around the hills of Freetown, Sierra Leone. Photo by Kai Matturi, August 2014.

On August 14th 2017, the city of Freetown, Sierra Leone, experienced catastrophic flooding, which is estimated to have killed anywhere from 500-1,000 people. Like many people, I became aware of this unfolding disaster through social media. My Twitter account lit up with graphic images of houses and people being washed away.

The science is clear that climate change is having a major impact on coastal flooding. Other contributing factors include deforestation and land encroachment. We should not just blame climate change for the disaster. We should blame society.

Once the initial sadness and shock settled, I started to realize that we should put things into perspective. The Freetown disaster is not an act of God or a fluke but rather the culmination of a series of processes. The science is clear that climate change is having a major impact on coastal flooding. Other contributing factors include deforestation and land encroachment.

We should not just blame climate change for the disaster. We should blame society. Society should reflect on the damage it is inflicting on the environment. The extreme rainfall, combined with construction on flood-prone areas, poor waste management leading to water blockages and human encroachment on creeks and wetlands that act as a natural drainage system for flood water all contributed to this disaster.

Data from the United Kingdom Met Office and the United States Aeronautics and Space Administration indicate that the temperature of the earth is rising. The sea-level rise caused by climate change is projected to expose millions of coastal communities to an increased risk of flooding and landslides. This trend exacerbates the vulnerability of coastal cities, such as Freetown.

The impact of disasters on communities, however, is not just a product of the ferocity of a hazard, but is also dependent on the resources that communities have to address risk. In Freetown, extreme poverty leaves many residents on the edge of disaster, unable to afford basic shelter, healthcare, and safe food and water.

Thus, without meaningful and consistent action, disasters like the Freetown floods will continue to occur on a regular basis.

The good news is that there is hope. Agencies such as Concern are already implementing practical solutions that address the ravages of climate change. At a micro level Concern is working with coastal communities to ensure that they can be better prepared for disasters.

The work of CDMCs and CODMERT has focused mainly on sensitization activities and changing local level behaviours in order to reduce risk. They use a participatory approach to assess the risk context as a means of engaging residents in behavioral change. They also run campaigns focused on safe practices, including those to help reduce the risks of fire, flood, cholera, landslides, and some of the other major hazards within Freetown. They also respond to emergencies when they arise, such as the 2012 cholera outbreak, the 2014 Ebola outbreak and the current landslides.

Concern also supports other coastal communities, such as the Paribartan project in Bangladesh.

Sierra Leone and other at-risk countries can benefit from the above strategies that combine behaviour change and the restoration of degraded ecosystems to buffer against the compounding effects of climate change and the allocation of sustainable alternative livelihood activities away from risk prone areas. Such strategies will prevent possible future encroachment, thus preventing the degradation of natural ecosystems that offer the best chance against mounting climate change driven disasters.

Concern’s disaster risk reduction work has shown that the best approaches to combating disasters in coastal areas are ones that combine preparedness, natural resource management, livelihoods improvements, water resource management and structural measures. These interventions involve disparate stakeholders at multiple levels. Because disaster risks are the product of many different processes, many of which are the product of underlying factors, reducing disaster risk is a long term project which requires substantial and sustained investment.

Ultimately, I believe that preventing another tragedy from afflicting the residents of Freetown will require a whole society approach. Writing recently about Hurricane Harvey, which has battered Houston in the United States of America, Ilan Kelman makes the point that blaming climate change, or even just the weather, for the hurricane disaster distracts from individuals’ and society’s responsibility for where we live, how we live and how we support people who cannot help themselves. He goes on to make the point that this vulnerability, not nature and not climate change, causes disasters. I would add that a similar narrative could be applied to the landslide and flooding that brought untold damage to Freetonians.

A version of this post was first published on Concern’s Thought Leadership Blog Series. You can read the original version here.