From “disaster” to “risk” management: Ensuring a multi-hazard, multi-stakeholder, and integrated approach for man-made/technological hazards 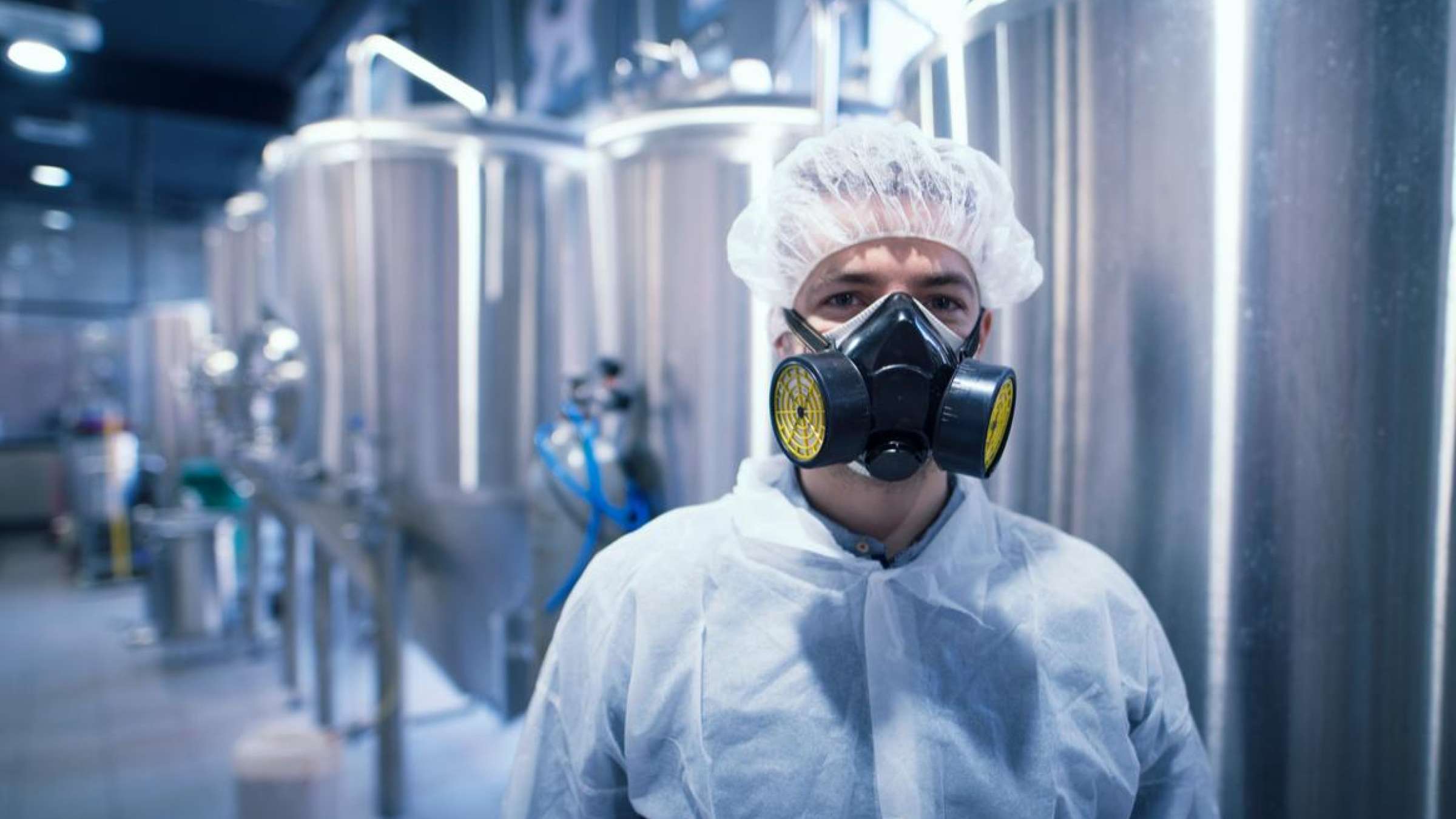 When I was 8 years old, my father and I slept overnight in our family car in Brest at the border of the Soviet Union and Poland, which was closed at night, en route from Moscow to Berlin. It was a seemingly normal night in April 1986... However, upon arrival in East Germany, I was shocked by the news of the disastrous accident the previous night in Chernobyl – which occurred 500 km from the border where we had slept. It became known as the most catastrophic nuclear power plant accident in history, killing 30 employees and firemen within the first few days, and causing radiation-induced illnesses, cancer deaths and other long-term effects to human health, and severe contamination and degradation of the environment in the years and decades thereafter.

Half a year later, on 1 November 1986, another accident occurred, which became known as Europe’s worst environmental disaster in decades: the chemical spill at an agrochemical warehouse at Schweizerhalle, Switzerland, caused by a fire. A huge volume of toxic firefighting water used to extinguish the fire could not be retained and leaked into the Rhine where it destroyed the river’s flora and fauna, turning it red. The contaminated water travelled from Switzerland, through France, Germany and up to the Netherlands, requiring the suspension of drinking supplies. This accident triggered governments’ awareness of the need to strengthen transboundary cooperation, and the negotiation of a Convention for industrial accident prevention and preparedness.

I am glad that the international community has become increasingly aware of the importance of investing in disaster prevention as well as emergency preparedness to limit the consequences of accidents for humans, species in our environment and their ecosystems. The Sendai Framework has played a significant role in shifting the focus from a reactive “disaster management” to a more proactive “risk management” approach. It has also, importantly, widened its scope by placing the spotlight on disaster risks originating from man-made/technological hazards, such as the nuclear and chemical accidents in Chernobyl and Schweizerhalle in 1986. 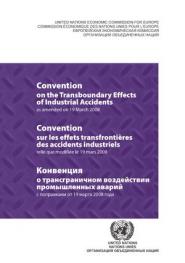 UNECE Convention on the Transboundary Effects of Industrial Accidents

Today, I am proud to be supporting, together with my team, the 41 Parties to the UNECE Convention on the Transboundary Effects of Industrial Accidents and other countries committed to its implementation. The Convention is the only legal instrument under the umbrella of the United Nations for industrial accident prevention, preparedness and related transboundary cooperation, and as such, a legal instrument for the management of technological hazards and disaster risk reduction under the Sendai Framework. 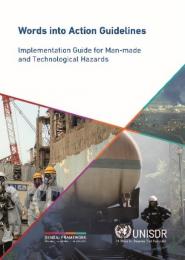 To enhance awareness of legal instruments like the Industrial Accidents Convention, guidelines, approaches and good practices, I have initiated, together with the UN Environment/OCHA Joint Unit and UNIDSR the development of the Words into Action Guidelines: Implementation Guide for Man-made and Technological Hazards. The Guide, which we launched in the framework of the 10th Conference of the Parties to the Industrial Accidents Convention in December 2018, promotes a practical and hands-on approach to understanding disaster risk, strengthening governance, investing in DRR for resilience and enhancing preparedness for disasters emanating from these “new” types of hazards under the Sendai Framework, including chemical, nuclear, radiological and transport hazards.

In the spirit of Sendai, as per the Words into Action Implementation Guide, disaster risks emerging from man-made/technological hazards can only be successfully reduced when the risk is comprehensively understood, acknowledged and addressed through a 1) multi-hazard, 2) multi-stakeholder and 3) fully integrated approach:

Cooperation is also crucial among countries sharing borders, rivers or watersheds. An integration of approaches here will occur through transboundary cooperation for joint disaster prevention and preparedness, e.g. when harmonizing off-site contingency plans, or developing bi- or multilateral agreements.

The Republic of Moldova, Romania, and Ukraine have, under the UNECE Danube Delta Project, jointly developed a map of hazard sources, including oil terminals in the Delta region, and associated NATECH risk indicators, leading to an improved joint understanding of disaster risk. 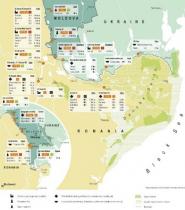 On this basis, they have strengthened disaster preparedness, by developing a joint contingency plan and testing it through the first ever trilateral exercise, in a multi-stakeholder approach, involving national and local authorities, industry and other relevant stakeholders.

The Estonian Rescue Board ensures integration across sectors and respective inter-institutional cooperation between authorities in charge of industrial safety, land-use planning, and environmental assessment. It requires that spatial plans and building design documentation be submitted along with the siting plans for approval and considers environmental impact assessments when deciding whether the accident hazards would increase through the new site or expansion, and accordingly, whether to approve the proposal.

It is important to showcase such good practices - which are highlighted, along with many others, in the Words into Action Guidelines Implementation Guide for man-made/technological hazards. 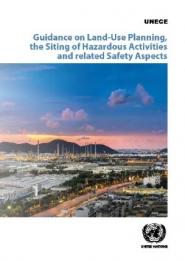 The Implementation Guide also includes references to more specific, cross-cutting or sectoral guidelines developed by the different organizations who have worked together in its development. At UNECE we have, for example, produced Guidance on land-use planning, the siting of hazardous activities and related safety aspects, to foster policy integration among relevant sectors and showcase further good practices.

We also encourage government, operators and experts to use UNECE’s sector-specific 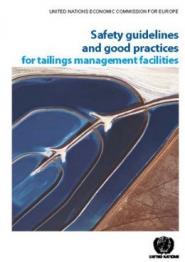 safety guidelines, which are applicable worldwide, to manage technological hazards and reduce related risks, such as the Safety Guidelines and Good Practices for Tailings Management Facilities. Such guidelines, if properly applied, can help prevent accidents, such as the most recent tragic tailings dam collapse, in Brumadinho in Brazil, which took more than 300 lives.

The most recently developed UNECE safety guidelines and good practices for the management and retention of firefighting water close the loop back to 1986: They aim at preventing the accidental pollution of soil and water, and the reoccurrence of accidents with severe transboundary effects like the one in Schweizerhalle, Switzerland.

Since 1986 a lot has happened: the focus has shifted from the management of disasters to the more proactive management of risks - in a multi-hazard, multi-stakeholder and fully integrated fashion. Man-made/technological hazards are in the limelight, in addition to natural hazards, and the interdependencies between the two are increasingly seen. I am proud to be able to raise awareness by the wider DRR community of existing good practices, guidance and approaches to technological disaster risk management under the UNECE Industrial Accidents Convention, and to continue to foster cross-sectoral and transboundary cooperation – essential to prevent technological disasters, and to limit their consequences within and across borders.

Franziska is the Secretary of the Convention on the Transboundary Effects of Industrial Accidents at the United Nations Economic Commission for Europe (UNECE). She has a wide range of work experience in UNECE, covering industrial safety, air pollution abatement, water, health and forestry and related energy, climate change and biodiversity issues. Prior to joining UNECE, she also worked with the International Trade Centre UNCTAD/WTO, the WTO Trade and Environment Division, the European Parliament and the private sector.